Austin’s first food hall, at the corner of main and main.

A new inside-outside work-play food hall, marketplace and park in the heart of downtown Austin, Fareground at One Eleven sits at the base of an iconic Austin office building. lookthinkmake was tasked with developing a name and brand identity that works as a hip and sophisticated dining and meeting destination, balancing the prime office space above and the exciting restaurant brands below. In addition, we created a public relations campaign to generate interest in, and awareness of, the project through a variety of different outreach efforts.

Through our tailored media outreach, Fareground earned a total of 57 placements in local, regional and national outlets, including inclusion in the cover story of Austin Monthly – with only four available renderings. Our secured media coverage resulted in a staggering 42 million impressions. In addition to media outreach, we also engaged Fareground’s neighbors, downtown Austin stakeholders including the Downtown Austin Alliance, City Council, and other influencers about the project with strategic messaging and outreach. 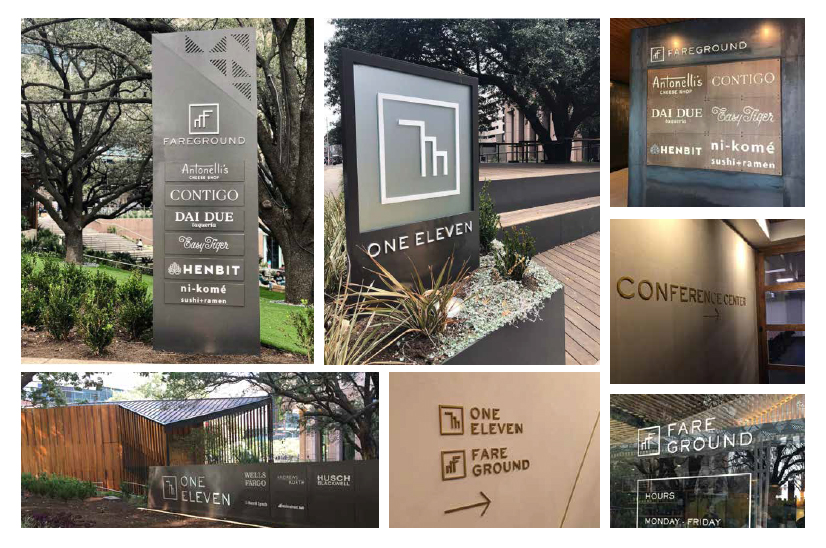 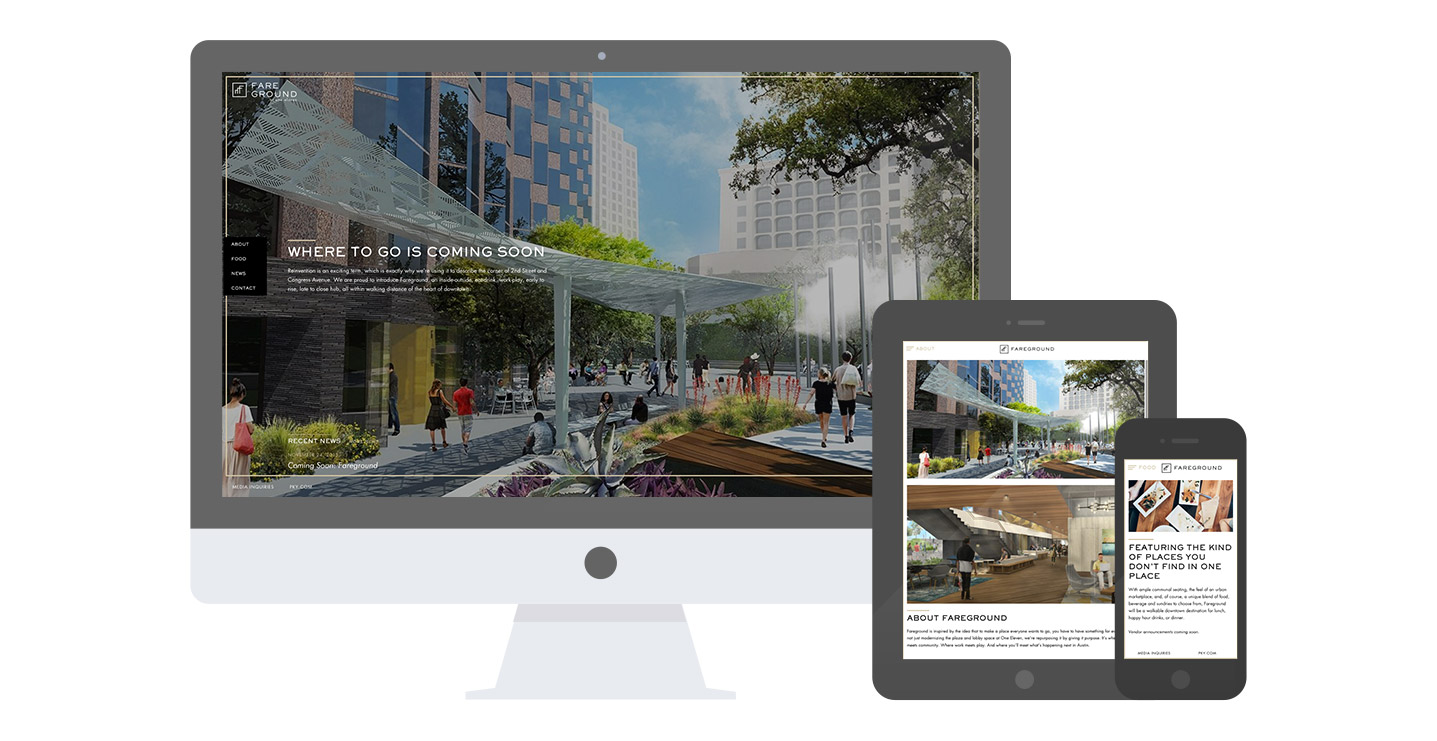